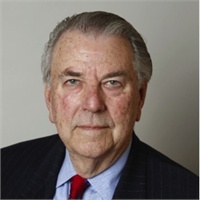 He has served as President of the 4,500 member New York State Association of Insurance and Financial Advisors and of its New York City chapter. He is currently Treasurer and Trustee of the Board of the National Association of Insurance and Financial Advisors. Mr. Browne is a member of the Board of Trustees of the American College and is a past Trustee in the National Board of the Life Underwriters Training Council. He is a Past Trustee of the National General Agents and Managers Association (GAMA) and is a Past President of its N.Y.C. Chapter. He holds the distinction of Top of the Table membership in the Million Dollar Round Table and has done so for twenty consecutive years.

He has received several awards in the profession, including the Spencer L. McCarty Award (NYSAIFA), Julian S. Myrick Award (NYCAIFA), President's Leadership Award (NYCAIFA), and the Ralph G. Englesman Award (New York City Life Managers). He has served as a member of the Agents Advisory Board of Standard and Poor's. As a volunteer, Mr. Browne has received Rochester Institute of Technology's 1998 Outstanding Alumnus of the Year Award and Torch of Liberty Award (Anti-Defamation League).

His Community Services include leadership of many worthwhile institutions, including: